Workers’ compensation in Victoria dates to 1914, when the state parliament passed the Workers’ Compensation Act. For the first time, this Act made it mandatory for employers to take out accident insurance policies to compensate workers who suffered injuries on the job, regardless of whether the workplace was liable or negligent. This Act was based off the British tradition of workers compensation, which was private – not run by the government – and did not give much focus to rehabilitation. It can be seen as reactive, rather than proactive.

This contrasts with the German tradition of workers compensation which has been influential elsewhere. The German system has always had a much stronger focus on rehabilitation and takes a more proactive approach to workers compensation. It is publicly owned and focuses heavily not only on supporting injured workers through payments and rehabilitation, but on preventing injury in the future through research into occupational health and safety and best practice rehabilitation. This research is funded by employers through their insurance premiums.

The early Australian system had several problems, some of which persist today despite reforms. Compensation benefits did not rise with inflation and workers with long-term injuries had to prove employer negligence meaning that if a worker was permanently injured or had a long-term injury they would be forced onto Centrelink or the pension. Because of these problems, the system was reformed in the early 1980s.

In the early 1980s, there was increasing pressure on the workers compensation system. Employers were paying enormous amounts of money in premiums and injury rates were going through the roof – on average 450,000 workers were being injured per year. Workers found the scheme unfair and dehumanising. Unlike today, where WorkCover has a fixed number of agents – currently five – there were no limits to how many insurance companies could enter the market. At one point this meant that there were upwards of 70 insurance companies in the workers compensation markets. These insurance companies were not overseen by a regulator.

Because both workers, unions and employers were unhappy, there was pressure on the government to change the system. Although the Labor government wanted a public system without private insurance companies, they didn’t have a majority in the State parliament and so decided to compromise. They set up a review into the system with all the different stakeholders invited. There was one representative from each of the following groups – unions, employers, insurance agents, government and an expert from the public service. Unfortunately, the review committee was stacked against workers 3 to 2 and the committee voted against removing private insurance companies from the scheme and against a public system. This led to the creation of WorkCare in 1985. WorkCare is essentially the same type of system as WorkCover is today.

Under WorkCare, instead of a marketplace of multiple insurers, the government decided that it would leave a certain number of major insurance companies in charge of claims management. This was initially set at nine, now down to five today. Some of the reforms that were created by the Cain government with WorkCare were very positive. Before the 1985 reforms, there was hardly any focus on rehabilitation under workers compensation.

To deal with this the legislative reforms set up the Victorian Accident Rehabilitation Council (VARC). There was also far too little focus on occupational health and safety and preventing workplace injuries in the first place. To deal with this, WorkCare set up the Victorian  Occupational Health and Safety Commission. There were also big increases in fines for employers who violated OHS. These reforms went a long way in improving rehabilitation rates for injured workers and reducing serious injuries at the workplace.

These actions worsen workers injuries, reduce the prospects for rehabilitation and can create secondary and often debilitating psychological injuries. This costs WorkCover more money and more importantly, has a severe impact on the quality of life of some injured workers. In short, the way the system works at the moment benefits neither WorkCover or long term injured workers.

Since the creation of WorkCare, there have been some reviews and reforms as well as the rebranding of WorkCare to WorkCover. In 2014 The Workplace Injury Rehabilitation and Compensation Act 2013 came into force which consolidated the previous WorkCover laws into one to make it easier for workers and employers to understand. There were then the Ombudsman reports in 2016 and 2019 that found that the WorkCover system was letting down long-term injured workers and those with complex claims. Some of these reforms have been good for injured workers. For example, the Workers Compensation Independent Review Service created in 2020 allows injured workers to make an internal review application to independently assess decisions or processes taken by an Agent and, if it's found that these would not hold up in court, have them overturned. However, the problems highlighted above persist because of the contradictions baked into the WorkCover system.

The Need for Change

WorkCover needs to change to ensure dignity, fairness and effective rehabilitation for injured workers, particularly those with long term injuries or complex claims. At a minimum, the first thing that needs to be done is to implement the recommendations of the Rozen Review in full. The Injured Workers Support Network welcomes the Victorian government’s full acceptance of 5 of the review's recommendations and the acceptance of many others in principle but we are waiting to see the rubber hit the road. For the complete list of the Rozen Reviews recommendations, see this page.

It is important to note that the Rozen Review is not the end of the road for reforming workers compensation in Victoria. If private insurance companies play a role in workers compensation in Victoria, issues will continue to arise because of the inherent contradiction between the pursuit of profit and the rehabilitation of workers with complex injuries. The world's best performing workers compensation systems are those that are employer funded, publicly owned and have a strong emphasis on rehabilitation and research into future injury prevention. Some examples of that the Victorian government could consider include, but are far from limited to:

I find these submissions persuasive, and am attracted to the simplicity of such a system

However, it was noted that in the medium term (2021-2023) WorkSafe does not have the capacity to manage all claims in house. Considering this, the Victorian government should work towards creating this capacity over the next term in government.

Injured workers deserve dignity, fairness, respect and quality rehabilitation. The current system is not providing this for many injured workers and change is necessary. 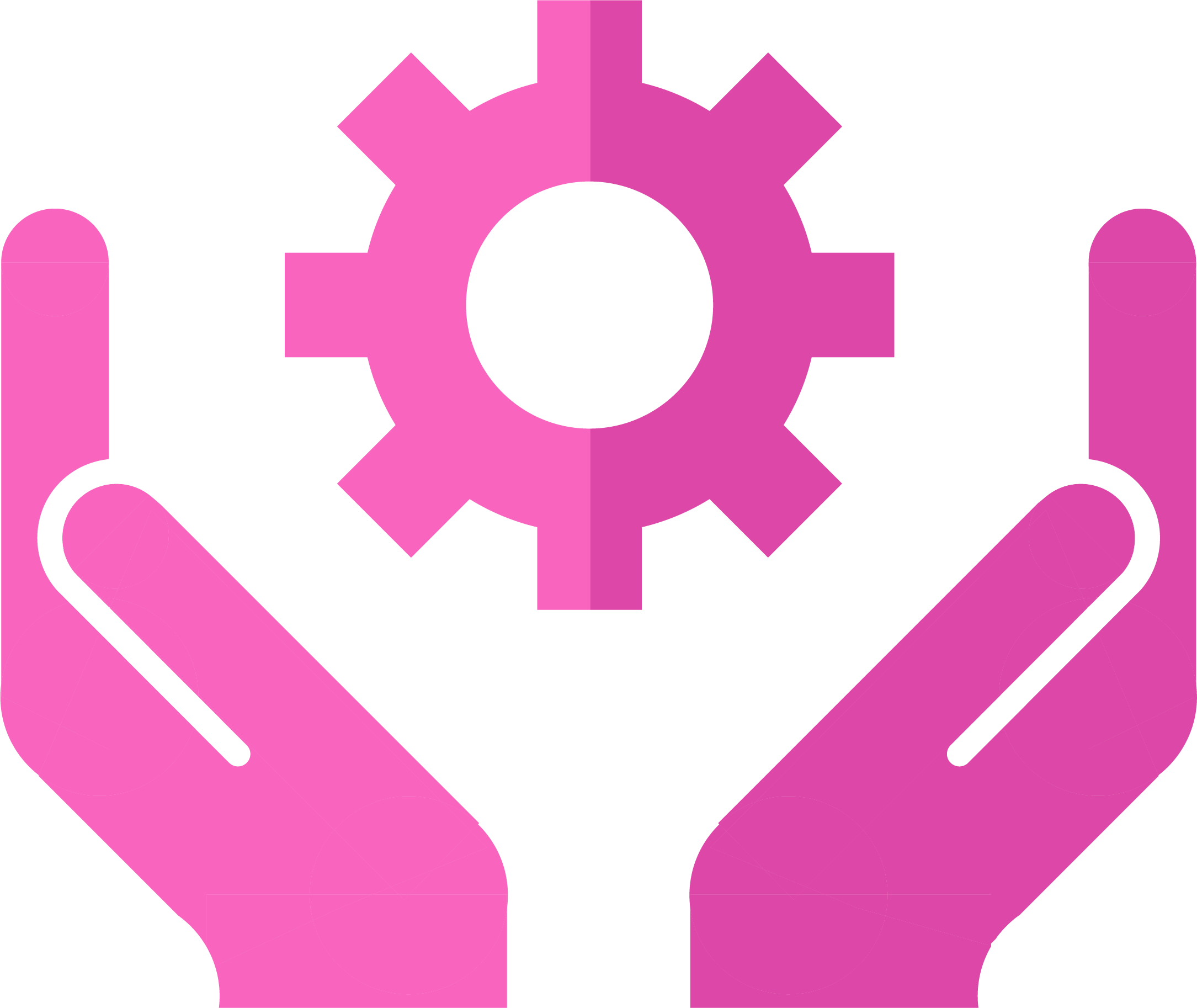 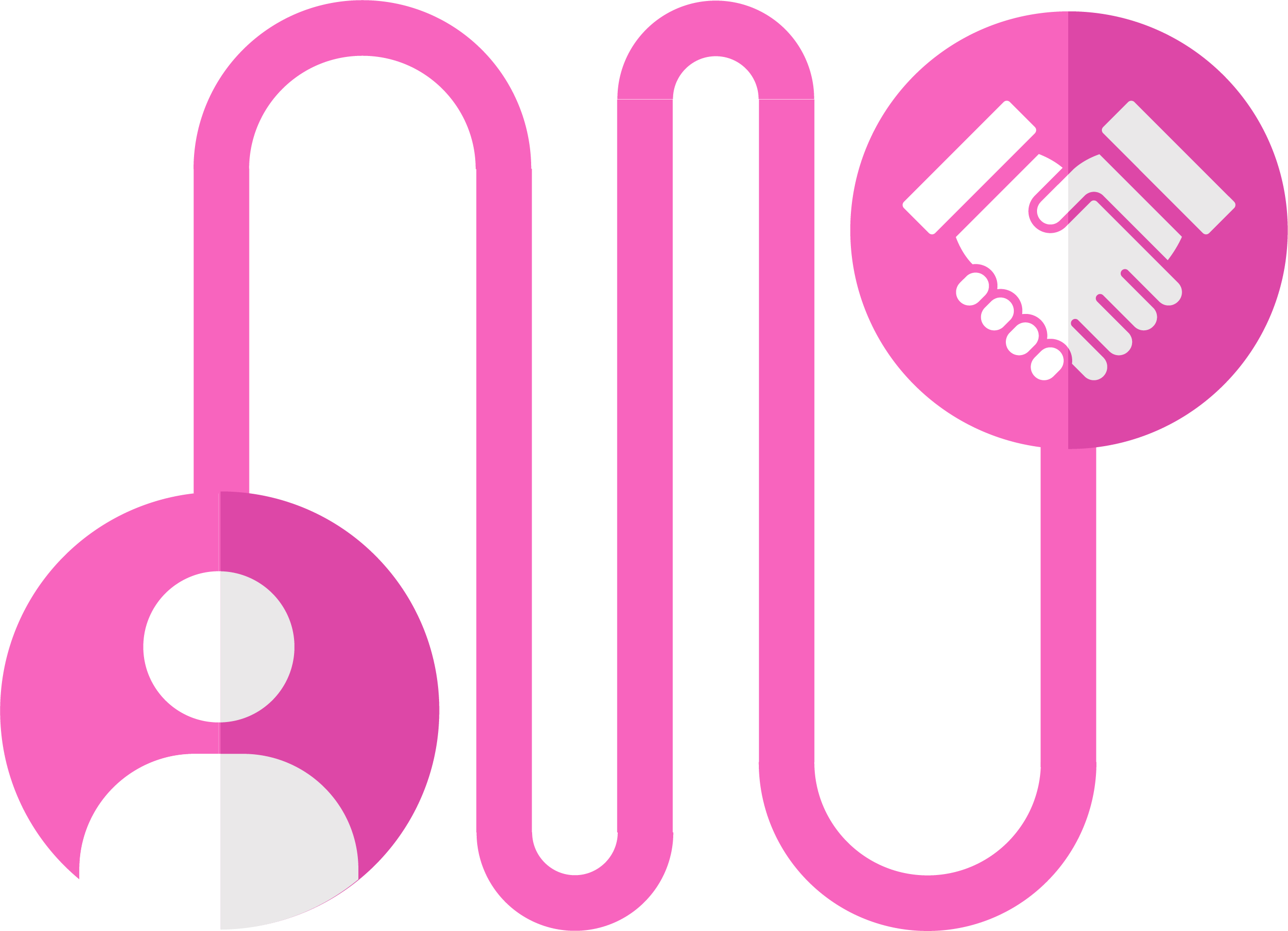 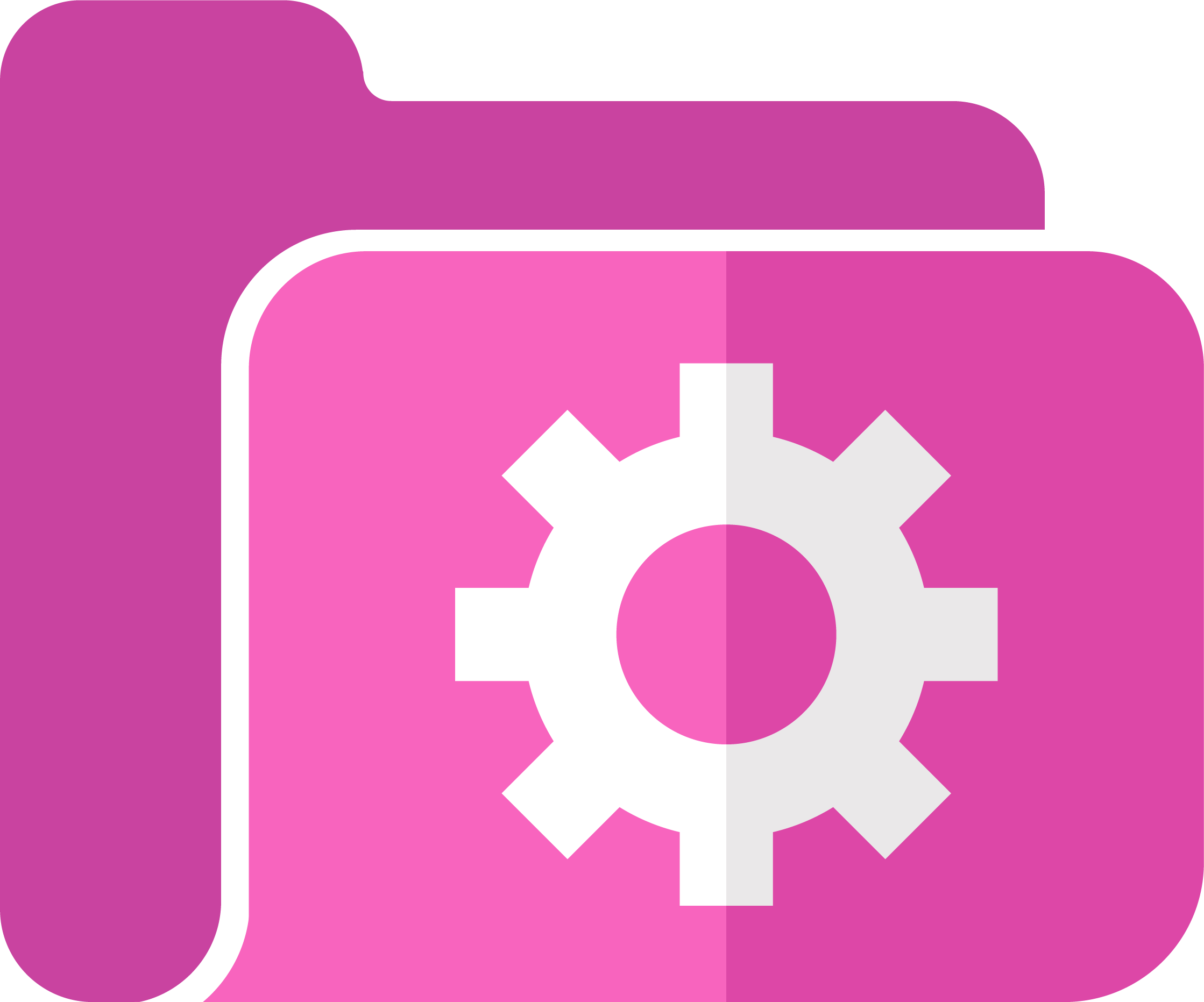 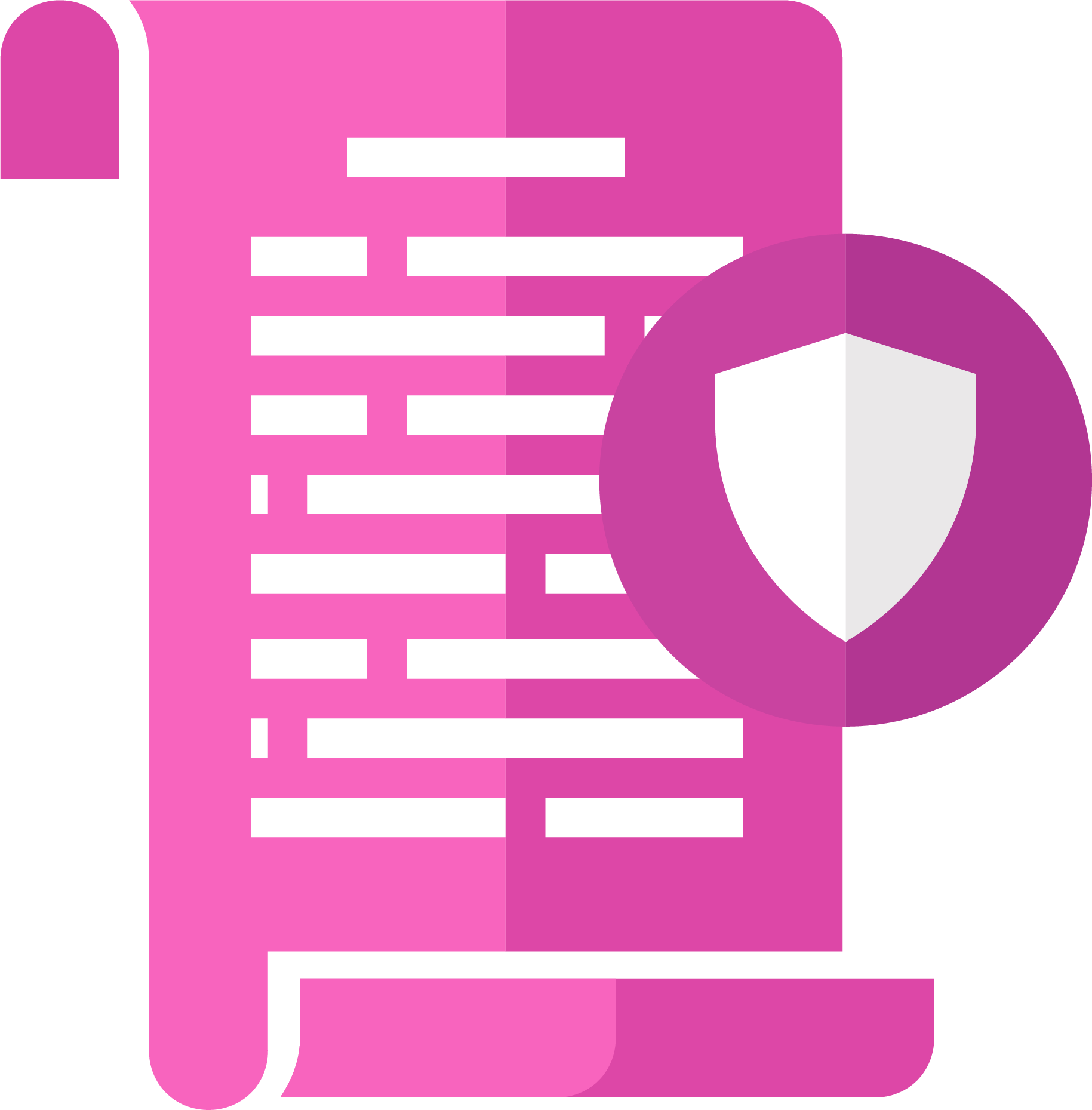 <   Go back to Resources

What are Provisional Payments?  From 1 July 2021, Victorian workers and volunteers will have access to early treatment and support while awaiting an outcome for their mental injury claim. Payment for this support is called provisional payments. This law was introduced to help remove financial barriers that would prevent a worker from seeking support, facilitate earlier mental health care and...

1. Injury Notification ☐ Did you or another person on your behalf give the employer notice of an injury or illness within 30 days? The worker must use the injury reporting system, commonly referred to as injury register in the first instance (s.18 subsection 2 and 3). The employer must also acknowledge in writing that they have received the injury...

What happens when your claim is accepted

What happens when your claim is accepted

A Workers Compensation claim form must be filled in and handed to your employer, along with your doctors WorkCover initial 14 day certificate of capacity. This doctor’s certificate will have either; a no work capacity or a reduced work capacity/ restrictions, meaning you are unable to do your normal work. Remember you are not on WorkCover benefits until your claim...